DOWN BY THE DARK WATER

Jane Forsyth wants a new life—far, far away from her cold mother and recently-buried father. Working as personal assistant to a wealthy recluse seems ideal: fresh air, beautiful surroundings on a remote Scottish island, and time to recover from the trauma of nursing her abusive father. But when she arrives at gloomy, ghost-ridden Cardrossan House she finds a family even more dysfunctional than her own.

Her employer, Sebastian Holt-Manning, is drowning in whiskey, his wife has left him, and he treats his only child, Emilia, as if she doesn’t exist. It’s only her budding relationship with the lonely, mercurial teenager that convinces Jane to stay. The neglected Emilia requires a friend—and who better than Jane to mentor her through the hazards of a distant mother and a cruel father.

When Mrs. Holt-Manning’s body is discovered on the banks of the Black Loch, Jane becomes obsessed with the clues she believes point to murder. With Emilia leading her deeper into the shadowy secrets of the family and servants, Jane pursues the elusive facts. But even the strength she used to survive her parents may not be enough to save her from the terrible truths she discovers on the shores of the dark water. 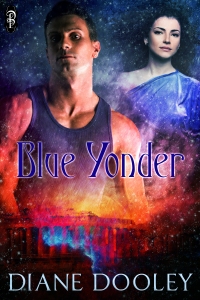 Earth is drowning, but Isabel Visconti won’t be going down with the planet. Her earnings as a factory drone and prostitute will soon fund her escape to the stars. All she’ll leave behind is her late husband’s best friend, Daniel Morneau, who has disappeared into the underbelly of the city’s criminal gangs. Until he shows up, pleading for Isabel’s help.

It’s the old Daniel, the kind, gentle one. The man who bought medicine for her dying husband then helped her through the grief. It’s the Daniel she couldn’t possibly refuse to help. But Isabel has already been given a choice by Daniel’s psychopath boss. Betray Daniel—or spend months traveling to a far-off colony, servicing a violent criminal gang along the way.

When Daniel is abducted, Isabel is his only hope. He may die without her, but is there time enough for love on the eve of the end of the world?

Unable to perform due to paralyzing anxiety, singer-songwriter Lou Marzaroli has been managing her brother’s band for years, driving them out of Scotland and into the big time. But days before their American network debut, the band is imploding and Lou is relieving her stress in a no-strings-attached sexual encounter with an aging scenester she’s nicknamed Zippy.

The Zipman is sometimes remembered as Crash Burns, formerly of seminal L.A. glampunk band, Snakebite. It’s been years since he’d trashed the eyeliner and hairspray, and he hasn’t written a song since. Now he’s penning lyrics about the mysterious woman he last saw sprinting barefoot in a miniskirt down West Twenty Third. She’s the muse he’s been longing for, and he’s determined to be more than her one night stand.

When the head honchos learn Lou wrote the band’s material, they agree to give her the TV spot, sending her to be coached by their performance guru, Crash Burns. Now Lou must put herself in Zippy’s hands as he coaxes a life-changing performance from her. And the man who used to perform in nothing but a leather thong must find ways to get her confident on stage- and content in only one bed.

Sola de la Vega is on a mission to save the galaxy, and nothing will sway her. Not even the pleas of her beloved husband, Captain Javan Rhodes, to keep herself and their unborn child safe.

Fitted with a series of technological “enhancements” entwined with her central nervous system, Sola is not fully human. Her father is the undisputed leader of Earth, and Sola is driven to put an end to his genocidal rule—before he can follow through with his plans to consolidate power over the universe into the hands of the aristocracy.

Despite Javan’s fears for her safety, and coping with a difficult pregnancy, Sola’s quest has become an obsession she cannot control. Compelled to choose, duty must come before her love for Javan. And when Sola joins forces with Destin Grady—her father’s sworn enemy—in a plot to execute the dictator and seize power, she soon uncovers secrets from the past that have her facing a future she never could have imagined… 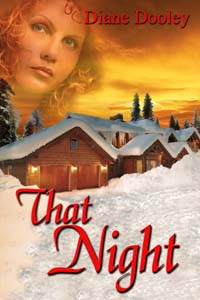 Lindy Hopkins works early, works late, always gets the job done and never, ever has incredible one night stands with handsome coworkers. Until that night. But it’s okay. She’s just going to keep on pretending that it never happened.

Alex Anderson never imagined that buttoned-down workaholic Lindy had the ability to transform into a table-dancing, champagne-guzzling femme fatale. Until that night. And it’s not okay that she’s been giving him the coldest of shoulders ever since.

Neither are prepared to face the other, but they have no choice. They’ve each booked the company Catskill cabin for a few days before Christmas and are both too stubborn to budge. Over mulled wine and under a blanket of snow, it’s starting to look like that night might happen all over again.

But this time Alex is playing for keeps, while Lindy is determined that no man will come before her career. Will they find that love is forever or will it be just another night to remember? 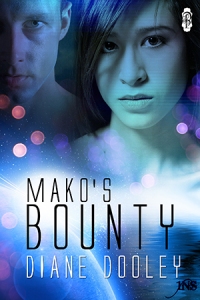 For nine long months, at the behest of the evil Ravenscorp, Mako Dolan has been hunting the space pirate they call The Saint. Now she’s finally lured her prey to a one night stand with a mysterious woman—herself. But Vin Sainte is not at all what she expected. Far from being a ruthless space pirate, his main occupation seems to be rescuing nuns, adopting orphans and praying like a champ.

For nine long months Vin Sainte has been fleeing the bounty hunter from one temporary refuge to the next. Now he’s got Mako exactly where he wants her: weak from gravity sickness and ripe for conversion. Problem is he didn’t expect a foul-mouthed, hard-as-nails bounty hunter to be such a devoted daughter. His head on a platter is Ravenscorp’s price for her mother’s freedom.

They have less than twenty four hours. One will win; one will lose. Mako might be a fearsome predator, but Vin has the Lord on his side. Who will win the bounty? 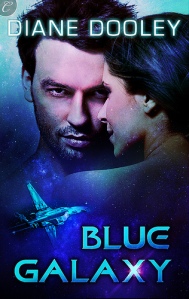 Falling in love is easy; staying alive long enough to enjoy it just might be impossible.

Javan Rhodes, the hard-drinking, disreputable captain of space freighter The Kypris, took a mission to save himself from hitting the bottom of the food chain. Transporting Sola, a beautiful young aristocrat, from Earth to an unknown destination on the outer rim of the colonies is lucrative, but also highly illegal.

As tough as it is to evade both the law and the lawless, the hardest part of the job is not falling in love with his irresistible cargo. Just as he decides that he will never be able to hand her over to the warlord she must marry, he discovers that Sola has been playing a very dangerous game—one that could not only cost them their lives, but could also affect the balance of power in an increasingly dangerous universe.

4 Responses to My Books